Elsa's Not the Only One who Needs to Let it Go 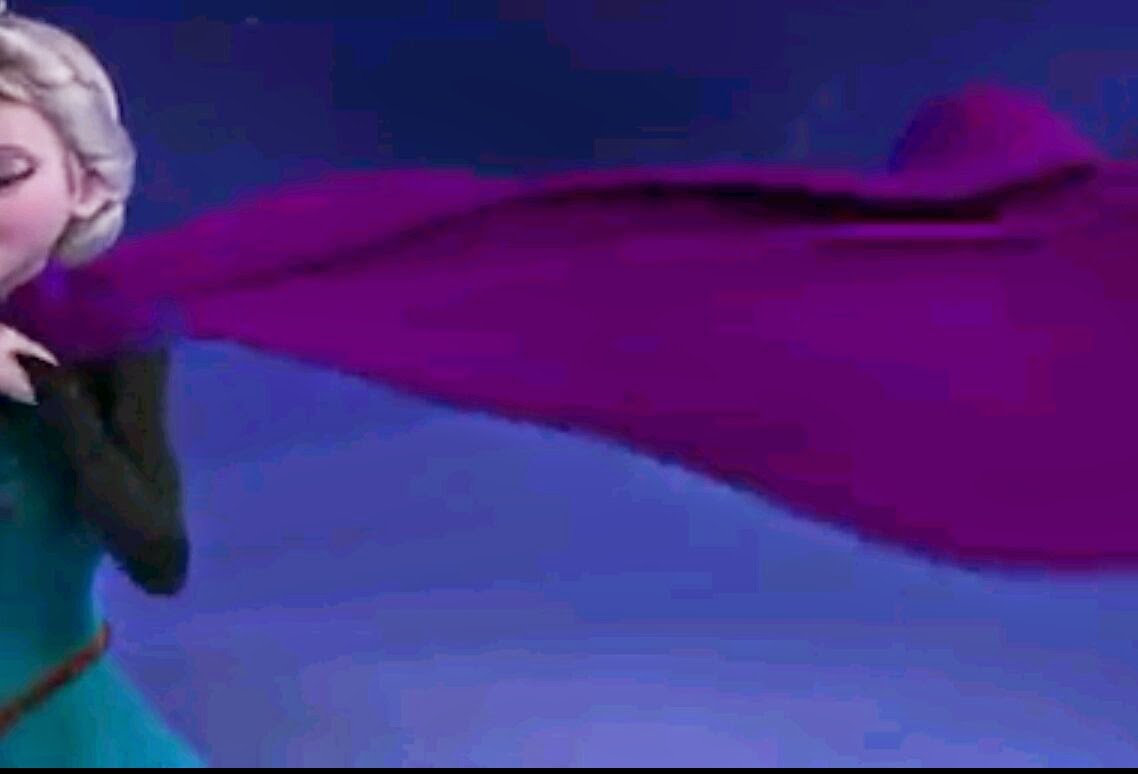 We've all been there – you make a decision, be it carefully considered or spur of the moment and it turns out to be the wrong one leaving you holding nothing but regret.  And the wish that life came with an ‘undo’ button.

It doesn't. Elsa could tell you that.

You know, Elsa from that little known movie (ha ha...) that every girl under the age of ten can quote from memory and every parent was regretting purchasing within days of buying it? (Just kidding, it’s an awesome movie! And I'm pretty sure I love it just as much as my two daughters – although I don’t go performing song and dance routines from it in the middle of otherwise silent blood test collection centres like they do...)

You can’t undo regrettable decisions, no matter how much you wish you could. But here’s what I learnt from Elsa –you can let it go and move on.

Of course, you could also spend the next few hours (days, years, the rest of your life...) beating yourself up about it and calling yourself every type of fool for making it – you totally have that right.

But you also have the freedom to let it go. Admit your mistake, learn the lesson for next time, and let it go. Stop holding on to what could have/should have/might have been, and move on to what is.

I lost count long ago of the number of times I've watched Frozen, and the song ‘Let it Go’ in particular (thank you YouTube!) but there’s one bit in particular that always strikes me as profound (okay, so there are a lot, but for the point of the exercise, we'll focus on one). It’s when Queen Elsa throws off that long, heavy purple cloak.

I know, I know, it’s symbolic of her throwing off the responsibility of royalty and all that goes with it but I wonder how much regret she let go with it. I’m sure the decision to play with Anna that fateful night as a child was a great one, but I’ll bet she regretted it plenty of times as she spent the next  however many years hiding behind closed doors in that lonely room of hers. And all that time she didn't get to spend with her sister growing up.

Maybe she regretted even putting on that purple cloak. Can you imagine how much trouble that long cloak would have been? I mean, it’s great for sitting on thrones and warming your toes maybe but dragging along in the snow like that? It would have been sodden (if not frozen solid) in no time, and quite potentially strangled her.

As much as we like to harbour regret, cradling it as we remind ourselves over and over of our failures, doing so only strangles our future.

Mirrors are a Girl's Worst Friend (especially on Sundays) 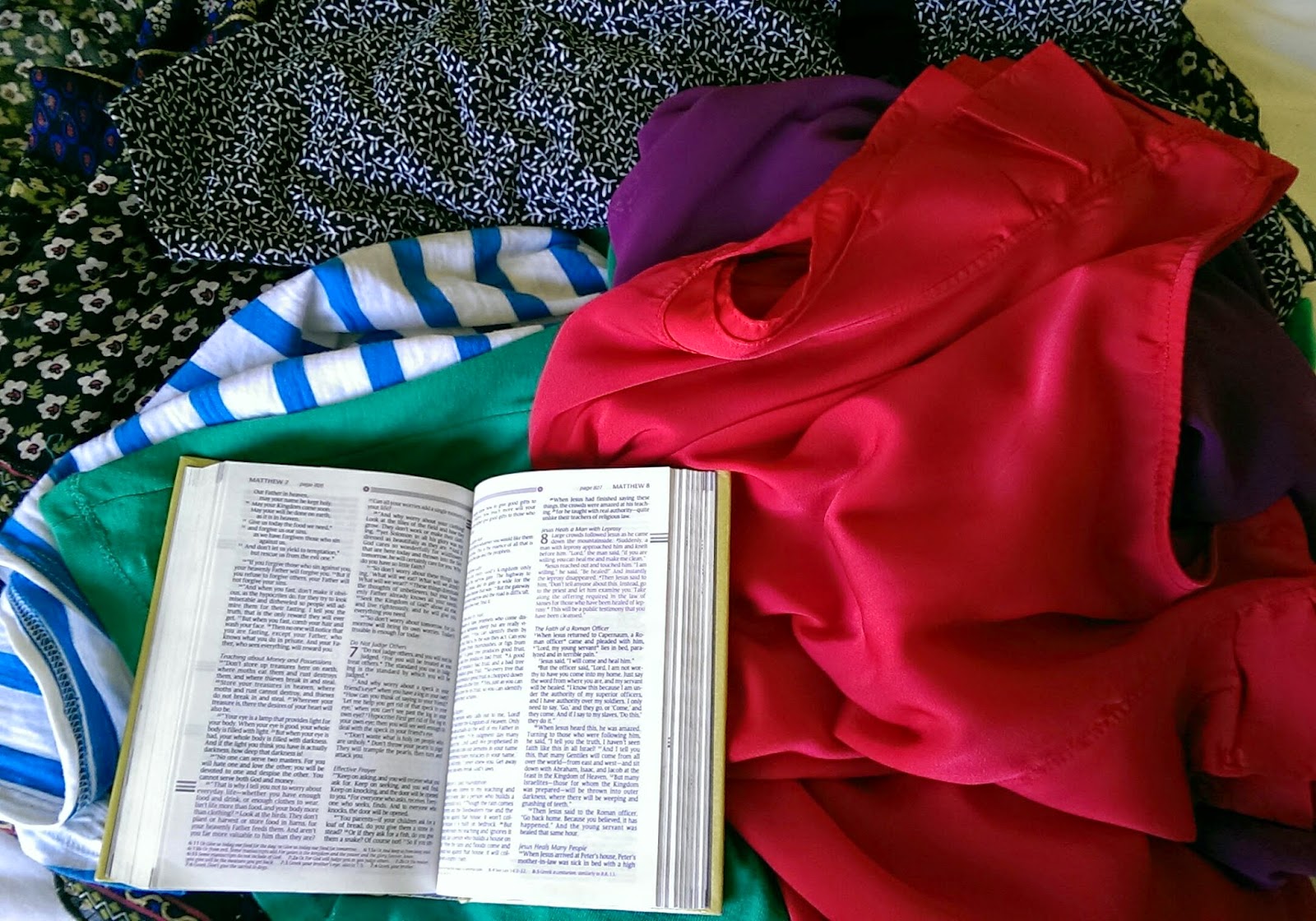 I think uniforms should be compulsory – every day of the week. Especially for people like me who practically have a panic attack every morning when they realise they have to choose another outfit to wear (didn’t I just do that yesterday???). And especially on Sundays.


I don’t know for sure where it started or what the thinking behind it is but every Sunday as I dress for church, I feel this pressure to look good. ‘Sunday Best’, I believe it’s called. Suddenly outfits that were fine every other day aren’t nearly good enough. After all, this is church! Outfit after outfit gets thrown on the floor in frustration (and quickly put away, in case my husband happens to walk in and see how many I’ve tried on and laughs at me for being such a girl...!) as I look in the mirror and see all the reasons they’re not good enough.  Before long, I’m trying on things long discarded at the back of my wardrobe in the hope of finding ... something. Anything.


The thing that makes it worse is that I don’t even go to a ‘dressy’ church. Looking around, it’d be easy to believe most of the people there had stopped in at church on their way to the beach or an afternoon kicking the footy around with family. There’s everything from sparkly high heels and designer clothes to singlets, shorts and Spiderman suits. It’s awesome! I love it! And yet, still I feel this pressure – purely because it’s this thing called church.


Some weeks, it’s enough to make me not even want to go.


Maybe it started with people wanting to look their best for God, but for me, the ingrained idea of ‘Sunday Best’ has become a huge distraction from God. It’s ridiculous. Just imagine how much better prepared for worship I would be when I arrived at church if I spent the ten minutes ... ok, half an hour ... (fine! I’ll admit it! It might occasionally have been an hour...) reading my Bible or being thankful for all God has given me, rather than wasting so much time stressing about what I’m going to wear. Working on getting my heart right with him, rather than worrying over which earrings match. Earrings which will probably be hidden by my hair anyway.

Both the Teen Missions trips I went on as a teenager were short on mirrors. I don't think it was purposely (unlike many of the other strict rules they have!), just not a high priority in the Thai orphanage we stayed at, or in the middle of the Amazon jungle. And I loved it. I have never cared so little about my appearance, yet, looking back over the photos, I've also rarely looked happier. I was far more focused on God and what he was doing than what I looked like.

Now I'm not saying there's anything wrong with looking good. Far from it! Nor do I think that God doesn't care what we wear. I just think that I need to get my focus back onto what church is supposed to be about - God. Not me.


What if I looked in the mirror of my Bible, rather than the one in my bathroom? What if ‘church’ and the focus on God that I find so easily there began hours before the service?


It’s a challenge for me. Who knows? Maybe God’s challenging you too.
Posted by Hannah Currie at 20:34 No comments: