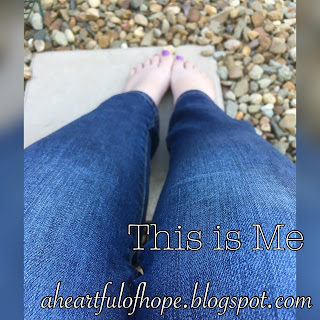 It’s been a while since I’ve posted anything here, something I’m well aware of. I’m trying but it’s been a challenge lately (um, the last two years…). It’s been a pretty full on couple of years! I’m hoping to get back into writing my heartfulofhope blog posts again regularly but I’m going to give myself some grace and space for a bit (probably the rest of the year, at the rate it’s speeding by. June already? Yikes!) and take it slow.

That said, here’s what I’m up to with my writing, for those who’ve been wondering.

1. I found out a month ago that I’m a semi-finalist in the Historical Romance category of the American Christian Fiction Writers' Genesis competition. I’m super excited about this one because it’s probably the most well-known and respected writing organisation for Christian fiction in the world.

The submissions are totally anonymous so there’s no bias involved and the judges are published authors and people involved in the US publishing market I’m trying to get published through – which means the people I want to impress are reading my work. I find out in the next fortnight or so whether I’m a finalist, which would, of course, be amazing but even if I’m not, it will still be a huge achievement and something I can add to any proposals I send out.

Added bonus, and just as big a prize, I get back some very detailed scoresheets/suggestions on how I can improve the manuscript from said professionals, which is a huge help.

2. I’ve also entered one of my Young Adult manuscripts into an Australian competition, the results of which won’t be announced until late September. Once again, not expecting to win anything as much as taking the chance to get my writing out there and get some really great un-biased feedback.

3. I’m currently working on writing the second book of my YA series, which is more of a challenge than I thought it would be since the two main characters keep misbehaving. I know where I want them to end up but they're taking a roundabout way of getting there. Guess that's life :)

I’m also editing/re-writing the second book of my Garden of Hope historical series. Much as I love the basic storyline, my writing has (thankfully) improved a lot since I wrote it four years ago and reading it now is pretty painful. I'd be mortified if, upon loving the first book, an agent or publisher asked for the second. It was 76000 words before I cut over 20000 of them. I have a feeling there are a lot more going where those 20000 went.

4. I’m writing again. (Insert very big smiley face here!) Technically, I never stopped, yet it’s been a huge struggle these past two years with being really sick while pregnant and sleep-deprived with a newborn (among other things). My newborn is one year old next month (where on earth did that time go?????) and I’m finally getting back to my routine of writing each day. It feels amazing, especially since writing is a major stress-release for me and boy, have I been stressed at times these past two years! There are still days when my brain is too tired by the time the kids are in bed at night to even put a sentence together let alone a well-plotted story but I’m getting there.

So that’s me in a nutshell. The writing side of my life anyway. The other much bigger side involves a lot of school runs, trying to balance incredibly creative children with the mess their creativity makes, being a wife and, quite literally, chasing my almost-one-year-old up and down the house. And catching him before he dives off all the things he keeps climbing. And trying to keep up with his perpetually hungry stomach. And giving him lots and lots of much needed cuddles. Oh, and trying to keep my house clean. Yeah. I’m working on that one.

Thanks all for your unceasing encouragement. I know I’ve said it before but your support and excitement over this dream of mine, which has become so much bigger than just me, means more to me than you’ll ever know.

Posted by Hannah Currie at 16:26 No comments: