God Wants to Hear you Sing 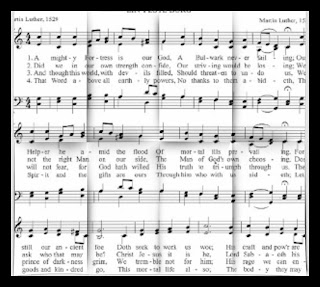 Before you read any further, know that I’ve never officially been diagnosed with depression, nor do I think I have it and that’s not what this post is about. I fully believe one of the bravest things you can do if you do suffer from clinically diagnosed depression is to find a good medication that works for you and a support network of people to stand with you. You are amazing. Utterly amazing. To smile, or even get out of bed, when you feel that way every day is an incredible achievement.

I know, because there are days when I walk into its cloud and can’t find my way out. Not alone anyway. The world seems suddenly darker, completely devoid of any joy, my hope goes missing and I’m left crying over spilt milk (and a thousand other inconsequential things) and wondering how on earth I’m going to make it through this day, let alone a lifetime of feeling like this…

I hate it, I really do. I hate that I feel that way. I hate that I can’t do anything about it. I hate it because I know what I’m feeling isn’t real, yet I can’t make it go away. Somewhere deep inside me, I know there is hope, despite not seeing it. I know there is joy, despite not feeling it. And I know I love my life/family/job/friends, even though I can’t at that moment say why. I also know it will eventually pass, though that doesn’t help in the moment either.

I hate it because, more often than not, I know when it’s going to hit me. It’s almost always one of two times – when I’m super tired, or when I’ve just accomplished/done something big. It’s predictable. Kind of like being in a simulation. I see what’s happening, feel what’s happening and know it’s not reality. Yet I can’t get out. I can’t make the simulation stop.

I’ve tried lots of things to break myself out of the cloud. Distraction, watching movies, exercising, sleeping, pleading with God to take it away, crying, even eating chocolate, since I heard somewhere once that helped. They all helped, a little (except the crying which is therapeutic at the time but just leaves me with a nauseating migraine!). None of them took it away.

But the last few times it’s hit, I’ve turned to something else – music. Or, more specifically, praise songs.

The first time, it was out of desperation. I’d never felt so down before and was utterly terrified of the darkness I felt. I went and hid in my room and cried, begging God to take away the hopelessness I was feeling. A song came into my head, one I’d learnt as a four-year-old at Sunday school. It had a whole four lines – and three of them were the same.

I forced myself to sing it, knowing it was true even if I didn’t feel like it at that point. It felt so ridiculously fake, like I was putting on a façade, even for God. But I made myself keep singing anyway. I lost track of how many times I sang it as I stood in that room, but suddenly I realised it wasn’t forced anymore. I kept singing not in fear but in absolute gratitude for this God who truly was good. And, as I kept singing that song and other praise songs which bubbled up alongside it, the depression slowly disappeared.

Music, praising God, has pulled me out of that cloud more than once now.

The idea of praising God in the tough times isn’t a new thing for me. Just off the top of my head, I can think of at least five songs and a few sermons I’ve heard about praising God in the tough times. But I’ve always thought it had to be something you felt, that there was no point in pretending for God. Sure, sing when you’re down, but make sure you mean it and if you can’t – if it’s not honest – don’t bother. God knows you don’t mean it.

I’m starting to think I missed the point.

I’ve come to realise it takes a special kind of faith to praise God when you don’t feel like it. A faith that’s no less real, and no less valued by God. Perhaps he even values it more. Because it is real. In praising God, we take the focus off ourselves and put it back where it was always supposed to be. On Him.

I have a nice list now of songs I turn to when I start feeling my world turning black – and, no surprise, they’re all about God, his goodness and who he is, not me. I can’t always sing them. Sometimes, I’m crying too hard or just too angry – either at God or myself – to sing. But those are the times when I just let them play on repeat. Over and over. Let God’s goodness wash over me until I can start to sing along. Take the focus off me and put it back where it should have been in the first place.

One of my favourites is ‘I Am’, by Mark Schultz. It’s an entire song full of reminders of who God is.

“I am the One who walked on water, the risen Son of God, the Healer of the broken, your Saviour and Redeemer, Beginning and the End…”

It’s powerful in its simplicity. Name after name of who God is and what he has done. For us.

To be honest, I usually just pick one and play it on repeat until it sinks in so the list isn’t actually that long, but I’m sure I’ll add more to it as time goes on.
There’s one more song I love, though it’s not on that list because it’s more of a challenge to me than an encouragement.  It’s called, ‘God Wants to Hear You Sing’ and there’s a line in it which pretty much sums up this entire post (yeah, sorry, you could have just skipped to the end!). It’s simply this:

“Let’s prove that we can trust Him, come what may.”

Sing, praise, worship God, even when you don’t feel like it – especially then – because that’s when you, and He, need it most.

Posted by Hannah Currie at 22:29 No comments:

Odds Mean Nothing in Eternity 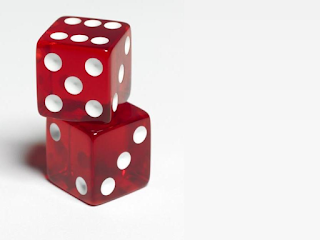 The two books of Chronicles in the Bible aren’t generally considered the most interesting. I’ll admit, I’ve read them few times before on my way through the Bible and the most I remembered of them was the sense of achievement I felt when I finished them. There are a lot of names in there! (Which, coincidentally, are great for naming characters. At least, the ones I can pronounce…)

But recently, I studied 1 Chronicles in a Bible study and am still working through all the life-changing lessons I learnt through it. Yikes! Who knew! I love how the Bible is so alive like that.

One such moment was when King David sinned by taking a census of his fighting men. There’s nothing inherently wrong about taking a census. Some would say (and be right) that it’s a wise thing for a king to take a census. After all, he’s the king. He should know who he’s got in his armies. The sin came in that, in doing so, he wasn’t trusting God to win his battles. It didn’t matter to God how many men were in David’s armies. It mattered to God that David was trusting Him to win the battles.

Maybe it’s because I read it in a different version (The Message) or just because of all the things going on in my life at that point I read it but the moment when David realised what he’d done struck me so deep in the heart that I physically felt ill.

Then David prayed, “I have sinned badly in what I have just done, substituting statistics for trust; forgive my sin—I’ve been really stupid.” (1 Chronicles 21:8)

I don’t have a lot in common with King David. At all. He was a king, I’m a mum. He led wars and thousands of people, I’m flat out trying to get my two kids to do what I tell them. And that’s not even taking into account the vast differences in the places/times we live. But in that moment, I knew exactly what he felt. I’d been doing the same thing.

I have a nice long list of things I’m praying God will do in my life this year. Some of them are spiritual, most are more physical. They’re not small things, and they all need God (not me) to do them, but I know he can. I’d told him that over and over. My faith wasn’t the problem. My belief that God had to do it my way was. Along with asking him to do them, I’d been making sure he knew what order they had to be done – as if he didn’t know better than I did to start with. I wasn’t trusting that God knew all that already. I knew God could do it, but I wanted him to do it my way. Like David, I was substituting statistics for trust.

One of my favourite quotes is from a novel I read once (okay, I’ve read it lots of times!). It is simply this:

Odds mean nothing in eternity.

Every statistic in the world can point toward something failing, or succeeding, or anything else you like. But statistics mean nothing to God. He’s the God who made mothers of elderly and barren women, and one particular virgin. He’s the God who made a fortified city wall fall without a single person touching it. In one moment, the early church’s greatest persecutor turned greatest protector. God didn’t need David’s army to be huge – actually, I think he quite liked it super small. And he didn’t need me to tell him all the details of how all my plans needed to happen.

David put his faith in the strength of his army. I put my faith in the logic I knew to be true. Neither of us remembered that God is bigger than all that.

Don't make the same mistake I did in substituting statistics for trust.

Odds mean nothing in eternity.

Posted by Hannah Currie at 17:27 No comments: