Learn from the Flowers 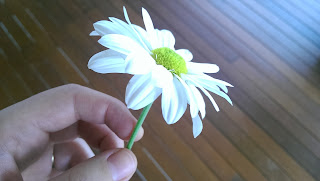 I’ve had the absolute privilege of growing up in two families – my own incredible (big!) family and my church families. Both of them I’ve taken for granted far too many times. Both of them I’m super thankful for.

While I’ve always known I was blessed to be a part of my family, it never occurred to me how special my church family was until I was in high school and a friend commented (during one of those completely random lunch conversations) that she’d never been to a wedding.

I couldn’t believe she was serious! She was fifteen and had never been to a wedding? Or, as I found out, a funeral. It didn’t seem so strange to her – her family were all still alive and her siblings too young to get married. Which made me think of all the weddings and funerals I’d been to and who they'd been for. Turns out, the vast majority of them were people I knew from church.

We changed the topic pretty soon after that (fifteen-year-old girls tend to do that!) but it was something I thought about on and off after that – how privileged I was to have friends of all different ages and walks of life. With many of those people, all I had in common with them was a belief in Jesus and our church, and yet, that was always enough.

I’ve met some pretty cool people through church, and some of my favourite – my absolute heroes – are a group of ‘senior saints’, as they're affectionately known, at the church I grew up in. I don’t think I’d get in too much trouble for calling them 'old' given they’re all eighty or older! But seriously, they’re amazing. Their faith, hope, generosity and prayer lives are unbelievable. It’s one of my greatest hopes that I’m as faith-filled as them when I’m their age.

Only they won’t be around to see it. They’ve lived full lives and can’t wait to get to heaven. I, on the other hand, really aren’t ready to let them go.

I was really struggling with this one night in particular a couple of years ago. One of them, an amazing man named George, was dying, and there was nothing I could do about it but figure out how to say goodbye. I didn’t want to. He made me laugh, his prayers filled me with faith, he’d held my baby girls in his beautifully wrinkly hands and let them ride in his walker. He was special. I really didn’t want to let him go, yet I had no choice. Each time I went to see him, he was less like the George I knew, fading in and out. I knew he didn’t have long left, especially when I heard he’d caught a virus.

Then I had this dream.

In the dream, I was standing in a hall set up for a wedding or something with tables and big flowery displays on the tables. I must have been working at the function because I was just watching, there was no one else there at that point. And then I heard someone walk in behind me.

I turned around to see George, standing tall, dressed smartly in a black suit, cheeky grin on his face that I loved so much. He checked to see if anyone was watching, then, apparently deciding no one was, swiped one of the flowers and, with great flourish, presented it to me. I grinned, accepting it. How could I not? His enthusiasm for life was pretty infectious, and it was such a gentlemanly, chivalrously, cheekily ‘George’ thing to do!

But then he looked at me, suddenly serious, and told me something. He said that flowers didn’t last forever. “Enjoy the flower, Hannah, but when it dies, don’t hold on to it. Let it go. Flowers were never meant to last forever. Neither are people.”

I woke up knowing God had been speaking to me even while I slept, telling me I had to let George go.

George made it through that particular virus and lived another few months before he finally went home to Jesus. Mum and I went to visit him a few days before he died. He barely knew we were there, but he knew God was. And he was still praying. Talk about an inspiration! His funeral was an absolute celebration.

George wasn’t the first of my elderly friends to die and he certainly won’t be the last. I still struggle with the thought of saying goodbye to them but every time I do, I remember that dream. I remember George’s grin as he swiped that flower and his admonishment not to hold on to things that don’t last. And I remember that I’ll see him again. One day.

Because God does last forever, and for those who believe in him, goodbye isn’t forever.

Posted by Hannah Currie at 02:53 No comments: 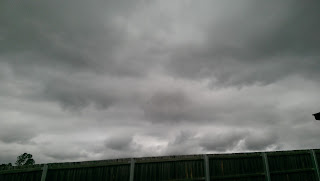 For the last two years, my husband and I have been watching our way through The X-Files– all nine seasons (and three movies, so far) of it. That’s over two hundred episodes, for anyone counting. We’re almost finished the seventh season. I think I like the show, although some episodes have me wondering why! I’m not a big fan of horror or suspense, and some episodes definitely go across that line. Still, I find it fascinating.

For those who have no idea what the TV show is about, it follows the lives of two FBI agents as they solve ‘x-files’, aka ‘unsolved cases’. Usually unsolved because of something paranormal happening, or aliens. One believes in the paranormal, the other is a sceptic. It makes for an interesting relationship!

Coming into it, I expected the ‘little green men’ and UFOs. Monsters and weird myths coming to life? Yep. Didn’t surprise me. What did surprise me were the amount of episodes based around religion. Catholicism, cults, American Indian, witchcraft, angels and demons, Buddhist temples. They’ve all been there.

I thought it so strange at first. It grated against me – the mixture of truth and fiction. Seeing it presented in such a way. Real faith reduced to mere x-files. The monsters and aliens I could handle, but trying to rationalise and 'solve' people’s faith? It was weird. You can’t rationalise God! Even demons, for better or worse, work beyond human explanation.

But then it hit me. I was coming at that conclusion from someone who believed in God. Take God out of the equation and faith truly is an x-file. Healings beyond medical intervention, supernatural occurrences, people having insight into other’s lives, the right message coming at the right time, lions and snakes not attacking when they should. It was so obvious in my mind that those things were God working, yet take God out, and they make as much sense as someone being raised from the dead. Oh wait, God did that too…

My faith in God makes so much sense to me that I’d never thought how strange it would look to someone who doesn’t believe. I believe in the impossible, purely because I know God can do it. It makes no sense. Take God out of my life and my faith looks not only delusional but often completely irresponsible. No wonder non-Christians think Christians crazy!

I was thinking about this the other day as I was hanging washing outside on the line. Anyone watching would have thought I was crazy. The clothesline still had drops of water clinging to every one of its ropes from rain the night before, and the clouds above were so dark they were practically black. Totally crazy. Yet I did it anyway, even knowing my sheets would be near impossible to dry inside if they got rained on.

Why? Because I’d checked the radar. And that radar said there was no rain coming.

Was it easy to trust the radar? No. Believe me, those clouds were dark! Even I wondered if I’d lost my senses to trust it! Some little screen on my computer telling me there was no rain when it looked and felt like it was going to start pouring down rain any second? Um, yeah. But I trusted it anyway, because it’s smarter than I am and that radar and the people running it know far more than I do about the weather.

It stayed dark all day. I almost gave in to black clouds and took the sheets off the line before they were dry dozens of times. But in the end, I left them there.

It never rained. My sheets dried. The radar was right.

In the grand scheme of things, it wouldn’t have really mattered if it did rain and my sheets got wet. Sure, they might have been soggy for a while, probably even started to stink and had to be re-washed if I couldn’t get them dry quick enough, but they would have dried eventually.

But there have been times in my life when choosing faith over sight has been much more of a risk. Like entrusting my kids to God when they’re sick or away from me. Like believing God will provide what I need when I have no idea how, and it’s the eleventh hour, and fifty-ninth minute. Like knowing God can do the impossible, even when it’s, uh, impossible.

Faith, unfortunately, doesn’t come with a ‘radar’ to check when the clouds get dark around us. Instead, I find myself going back over what God has already done. How many times he’s done the impossible already. And I believe anyway. Despite the circumstances. Despite how stupid, foolish, delusional or irresponsible I might look, even to myself.

The entire Bible could be considered an x-file. I kind of hope my life could be considered one too – not because I’ve been abducted by aliens, swum with the Loch Ness Monster or frozen time with my camera, but because its filled to the brim with faith and story after story of God doing the impossible.

Maybe it’d even make a believer of a sceptic.

Posted by Hannah Currie at 04:44 No comments: