Give Yourself Some Grace 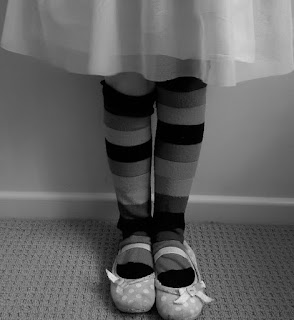 I’m really good at being hard on myself. I think a lot of us probably are. My best is rarely good enough because I’m always wondering if somehow I could have given more/tried harder, even those days when I’m lying on the floor too exhausted to even get up. It never even occurred to me that this was a problem – until the day I spoke the same way to someone else.

It all started when one of my sisters put up an old family photo on Facebook. I had a look, had a laugh at how young we all looked, and commented on my complete lack of fashion sense to wear black school shoes and long white socks with that particular dress. And then I closed Facebook, thinking nothing more of it.

Hence, I was pretty confused the next time I checked Facebook to find my sister defending her fashion choices. Confusion quickly took the slippery slide of dread down to mortification as I looked at the photo again. The dress I’d commented on might have been a favourite of mine for a few years, but the person wearing it that day wasn’t me. It was my sister. I hadn’t actually looked at who was wearing the dress, just assumed – wrongly – that it was me, and laid down my judgement.

I immediately deleted the comment, apologizing profusely to my sister for being so rude. We laughed about it, and the various strange fashions we’d both had over the years. She was fine with it, but I still felt terrible. I’d been raised on the idea of life words (things that build people up) and death words (thing that tear people down), and those definitely hadn’t been life words.

But though the comment was deleted, and my sister had forgiven me, I couldn’t rid myself of the feeling of unease. I just couldn’t get past the thought that the same words I'd been happy enough to berate myself over, I’d immediately deleted - horrified to have spoken them - when I realized they were directed toward someone else.

And the worst thing was, it hadn’t even been that rude a comment. I’ve called myself far worse. I go out of my way to encourage others but I’m continually belittling myself. I give other people the benefit of the doubt, a hundred ‘second’ chances and find the best in them, but so rarely look for it in myself. I see the good in them, but only the worst in myself.

I wonder how much my life would change if I gave myself the same grace as I give others.

If, instead of berating myself over what a fool I’d been to forget something as obvious as the chicken in a chicken casserole, I rejoiced instead at the fact that my toilet-training daughter and I had both made it through the day without falling to pieces.

If, instead of telling myself what an utter failure as a parent I was when I counted up the hours of TV my kids had watched one particularly bad day, I sat down on the couch alongside them, cuddling them in my arms as we laughed and watched the rest together.

If, instead of ruining an entire day being angry and frustrated at myself, I looked instead to the promise of a new day tomorrow and a chance to start again.

If, instead of reminding myself of all the ways I’d failed, I made a list of all the times I’ve soared.

What if, today, I gave myself some grace.

What if you did?

Stopped trying to be the perfect parent/spouse/fashionista/leader/pastor’s wife/child – and gave yourself the grace, and space, to just be yourself. To fail, to soar, to be tired, to be giddy with joy, to be human. To see, and value, yourself the way God does.

What if, today, you gave yourself some grace?